The Kolkata Knight Riders are one of the original eight teams of the Indian Premier League, which began in 2008. The team has played in all the seasons of the IPL, and they never faced any ban like Chennai and Rajasthan teams. KKR won the IPL title twice but this season has not been going well for them. Unfortunately, Kolkata has not performed well in tie matches, and they have lost 3 out of 4 contests. However, the cricket team has an incredible winning record against Punjab Kings and Sunrisers Hyderabad.

KKR had a poor start in the last IPL season, and they somehow managed only two wins from the first seven matches. Captain Eoin Morgan and all-rounder Andre Russell were most out of form. The tournament was temporarily canceled due to Covid-19 and shifted to the UAE region. The intermediate break was crucial for team Kolkata, and they managed 5 out of 7 wins in the second half of the tournament because of their changing strategies.

The top five fantasy cricket players from Kolkata Knight Riders in the previous IPL season are Rahul Tripathi, Varun Chakravarthy, Sunil Narine, Venkatesh Iyer, and Shubman Gill. Kolkata has retained almost all of them for the 2022 IPL season. Fantasy cricket is a game of virtual cricket that allows its players to create their teams and choose players based on their previous performance. You can play fantasy cricket and win real cash.

There are significant changes in the Kolkata Knight Riders cricket team because of auctions for new players and the current team setup. Some of the key players in the KKR for IPL 2022 are as follows:

Sunil Narine is one of the top-rated bowlers from Kolkata Knight Riders. He took 143 wickets for the former IPL champions at a good bowling average. Sunil also played as an opening batsman several times in the past. Narine has an excellent strike rate and always tries to maintain an economical rate, which shows his remarkable consistency. He played a crucial role in Kolkata’s title-winning years of 2012 and 2014. Moreover, he is one of the few bowlers to take more than twenty wickets in three consecutive seasons of the IPL. Sunil made a comeback in the 2021 IPL season, grabbing 16 wickets from 14 matches, and his performance had inspired his team a lot to the finals.

Venkatesh Iyer wants to play cricket for longer, and KKR picked him for the 2021 IPL. He played his debut match against Royal Challengers Bangalore on 20th September 2021. After that, he scored his first fifty in the next tournament against the Mumbai Indians. However, KKR had to chase a target of 193 in the final match against Chennai Super Kings. Venkatesh Iyer and his strike partner scored 91 runs in that match, but unfortunately, they lost it. However, he got rewarded for his efforts and became a net bowler for India’s T20 World Cup squad last year. Venkatesh made his international debut against New Zealand in November 2021.

Andre Russell has been KKR’s most consistent all-rounder in the IPL history. He has an astonishing strike rate despite being a lower-middle-order batsman. Russell has also grabbed 67 wickets in 66 innings with a standard bowling average and strike rate. However, he was slightly inconsistent by his high standards during the 2021 IPL season, but his overall performance is noteworthy.

What is an Online Casino Bonus?

Thinking of Retiring in Tennessee? Here Are a Few Things to Know 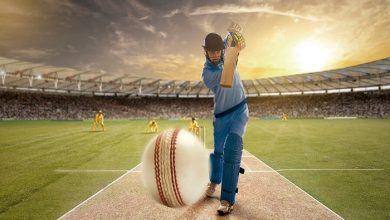 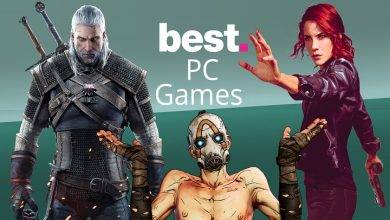 Top 10 Best and Most Popular PC Games Download for Free