We all love a good love story – something that narrates our apprehension of love while at the same time leaving us in awe of a swoon-worthy storyline. For hundreds of years, writers and artists have spewed their hearty notions of love on sheets of paper and canvases in an attempt to encapsulate the essence of true love. But when it comes to expressing love via an art form, some romantic movies have done a good job in making people feel all kinds of emotions. From drama to comedy, cynical to sappy, and quirky to classic, there are a number of love-filled movies that will tug at your heartstrings.

Here you can go to learn more about the tutflix

Be it the fact that Valentine’s Day is just around the corner, or you are just in the mood to watch a romantic movie that will make your heart melt, we have rounded up a list of all-time romantic classics belonging to different genres including musicals, comedy, and even tragedy. Regardless of what you are in the mood for and how you are planning to spend the upcoming Valentine’s Day, the below-mentioned list of best romantic movies will get you in that mushy and lovey-dovey mood.

This romantic movie classic is a heartfelt, hilarious, and genuine portrayal of how relationships evolve. Sally and Harry lead off as passive and detached acquaintances who were pushed to share a ride from Chicago to New York. After that, over the course of next twelve years, they both develop a meaningful friendship, thanks to a couple of fortuitous run-ins, which inadvertently lead to something more.

Many cinematic gems are demonstrated in this movie including the innocent chemistry between Billy Crystal and Meg Ryan, and Carrie Fisher playing the hilarious and sassy best friend of Sally – a role of hers which may not be as popular as Princess Leia but is definitely noteworthy.

In this American teen romantic comedy-drama film, a class valedictorian, Diane, and a middling student, Lloyd fall in love with each other after graduating from high school. This movie is a nostalgic reminder of teenage summer romance and then you have the boombox scene, which to this day is considered a gold standard when it comes to confessing your love for someone. The unwavering and playful chemistry between Ione Skye and John Cusack makes this movie a cinematic masterpiece.

This movie is not just a love story. It is also a story of self-acceptance, family, and mental health. The movie encapsulates the dark and gray side of love and shows how people can find their way, regardless of all the tragedies, just by being true to themselves. In the movie, a former teacher, played by Bradley Cooper, moves back to his parent’s house after spending a brief time in a mental institution, where he meets a woman he can relate to named Tiffany. As he moves back, he tries to mend things with the help of his friend, but later, he and Tiffany realize that they find understanding in each other instead.

When it comes to the best rom-com that Adam Sandler has starred in, 50 First Dates has got to be one of the top 3s. The movie is set in Hawaii where a veterinarian, who is living a playboy lifestyle with no strings attached crosses paths with a young and lovely woman. Intrigued by her, he decides to ask her out the next day, but much to his surprise, she doesn’t have any recollection of their interaction at all. In a shocking turn of events, he later learns that she suffers from a rare disease that causes her to have short-term memory loss. But he tries to make the best out of the situation by meeting her, going on a first date, and winning her over day after day in an attempt to strike up a relationship. The movie perfectly portrays the impeccable Barrymore and Sandler and sets a sweet and romantic vibe.

It goes without saying, romantic movies are one of the most feeling-inducing genres in the cinematic universe. Therefore, we hope our compilation of devastating, beautiful, mushy, and passionate movies will help you keep yourself entertained on Valentine’s Day.

You can watch these movies on cable but make sure you have subscribed to a TV service like Spectrum Cable Service that gives you access to networks that will be airing these movies on Valentine’s Day. You can also go the other way and stream these movies on a streaming platform like Netflix or Disney+.

How to Find the Best Online Football Betting Site

What Does it Take to Become a Celebrity Impersonator? 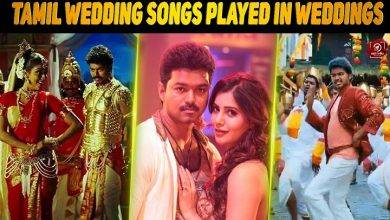