Enjoying a five-day-long test match is sometimes dull and time-consuming. One-day international cricket matches are rather enjoyable as it takes less time to get results. Nowadays, people have a hurry. They seek maximum entertainment with fewer time investments. Thus the various cricket format concepts, like twenty over cricket, ten over cricket, 100 balls cricket, were developed. Franchise-based cricket league is getting very popular when this cricket format is practicing and spreading worldwide.

The first franchise-based T20 cricket league started in 2003 between England and wales county; a couple of years later, this short format of cricket got instant fame when it spread out all over the continents. Now every cricket-playing country has its domestic league. Among all franchise tournaments that take place around the globe all through the year. Some tournaments like Indian premier. League (IPL) Big bass league( BBL) Caribbean premier league(CPL)are very enticing. and took the spotlight instantly. Millions of audiences await the league to take place. As the league abounds with many sources of hard cash, Many local and international players eagerly want to display there be certain reasons why the popularity of the traditional cricketing system

shifts towards the more acceptable franchise league system. As of now, many countries arrange several leagues for the development of their domestic cricket growth. There are several reasons why these franchise-based t20 leagues are receiving much attention. Let’s have a look at the insight of its popularity.

2.No geographical boundary preference needs for your support:

4.celebrity engagement: showbiz stars and celebrity business people are often observed in VIP salaries. The presence of these celebrities promotes these tournaments. Looking at a glance at these celebs may amaze your heart.

5.Amusement takes only a couple of hours: Enjoying a one-day international or test cricket match makes you bore. Less exciting’s exciting’s.being a limited over cricket match, you consume less time and energy to get a maximum thrill from the matches. That is one of the most iconic reasons for making this tournament popular from the viewer’s perspective.

6.it’s an inspiration for local cricketers:

Franchise-based cricket leagues act as hope and aspiration for the local cricketers. As financial securities are one of the top concerns for these tournaments. being a team member of these tournaments is considered a great fortune for them

Frequent arrangements of such leagues can enrich the skills and temperaments of the cricketer. that eventually helps to enhance the spirit of cricket

Social media etiquette that you should know

Is it Necessary to Contact Predictors for tips to win the Money in Satta King 786? 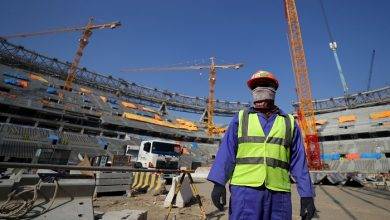 Do you notice bonus codes with no deposit? Then you’re on the correct page.